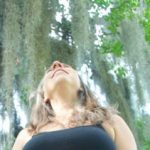 I didn’t decide that I wanted to be a mother until I was 36 years old. It’s not so much that I was taking my fertility for granted. I was just focused more on things like travel, endurance running, and career. I was also concerned about adding to the global population problem. Having a child just wasn’t something I really wanted to do – until I did. And when that switch flipped, my quest to have a child was on.

At first, it was a funny realization that we could probably have been having unprotected sex for years since, without any contraception, I wasn’t getting pregnant. Then after a year or so, the humor wore off.

The questioning started – Why am I not getting pregnant? Will I ever know what it is like to be a mom? Why can everyone get pregnant but me? And, perhaps, most importantly, what can I do to boost my fertility?

Like many other women in my position, I tried assisted reproductive technology, much of which was less than dignifying. After Clomid and then four intrauterine inseminations (IUIs), complete with do-it yourself shots at home, I was still not getting pregnant. Other than “it’s your age,” my inability to get pregnant was unexplained. By the time I truly considered in vitro fertilization (IVF) at the age of 41, I was no longer a candidate.

But that was okay. About three years into the course of my quest, I had an experience that fundamentally changed the way I viewed my apparent infertility. I remember the moment well. I was on a solo morning run returning to camp in central Montana where my husband and friends still slept. Jumping over ruts and flowing through the worn tracks along the dirt road, the words came to me “I’m going to be a mother some day. I don’t know how but I will be a mother some day.”

That day, the world opened up for me. I’m not going to say my emotional roller coaster turned into a joy ride but my despair, lack of confidence and grief made room for another emotion – resolution. I didn’t have all the answers or even a clear plan or vision but that “knowing” allowed me to see and believe in possibilities.

I was lucky enough to have found professionals who helped me re-balance my body naturally. At the suggestion of a naturopathic physician who, in writing, suggested I could get pregnant naturally, I went on an anti-inflammatory diet for several weeks.

During all this, I decided to change careers and earn a second Master’s degree, which necessitated that I live apart from my husband for a year. We agreed to visit each other every six weeks.

After arriving in my new temporary home, I received acupuncture and moxibustion on a regular basis and took Chinese herbs for my particular condition which my acupuncturist described this way, “You can have a viable seed but if you try to plant it in cold, winter ground – it’s not going to germinate.”

Much to our surprise and delight, we conceived our son naturally during our very first visit after being apart for six weeks!

People like to say, “Oh, you finally gave up” as a reason for our success. But, as someone who was seriously looking into what it would take to mail sperm overnight from Montana to Florida, that assumption didn’t fit.

I credit Chinese Medicine in large degree for our success in getting pregnant naturally and having a healthy baby at the age of 42. My own fertility quest was not why I choose to become an acupuncturist but if I needed any re-affirmation of my choice to become a practitioner of this system of medicine, becoming pregnant naturally with its help was it. When a body is in balance, it can do what it was meant to do, including creating another life.