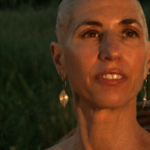 As I prepare to teach another “Introduction to Acupuncture” class at the Cancer Support Community next week, I ponder my role as a Licensed Acupuncturist in the life of someone experiencing cancer.

The National Institutes of Health and the World Health Organization have concluded, from controlled clinical trials, that there is evidence to support the use of acupuncture for anxiety/panic disorder; depression; post-surgery pain; cancer pain; neuropathy and other chemotherapy/radiation side effects.

“Cancer.” It’s a word no one wants to hear. At the same time, it’s a word that brings people together.

I had the opportunity to pre-screen the documentary “Life Interrupted: Telling Breast Cancer Stories” by Paula Mozen. I wanted to see and review it because I know storytelling is healing for the teller and for its viewers/listeners.

Mozen, a filmmaker, breast cancer survivor, and my neighbor, calls breast cancer “The Dreaded Sisterhood: The club you never wanted to be a member of.”

In this autobiographic film, Mozen states that “cancer took eight friggin’ years of my life.” While the film chronicles her own experience, she doesn’t go at it alone. Mozen interviews other women who also have the opportunity to tell their stories of cancer and survival.

One in eight womenin the United States will be diagnosed withbreast cancerin her lifetime. – National Breast Cancer Foundation

I’m very curious about when and how people first discover something amiss in their bodies – hoping this knowledge will somehow create my or others’ first line of defense against the same fate.

The film hooked me the moment Paula discovered ‘something’ in her chest while in a public space I know very well in my Northeast Bozeman neighborhood.

Seeing this intimate film brought up lots of feelings for me. I was fascinated at the capacity of Paula’s petite body and spirit to withstand trauma after trauma. I felt awful and ashamed that I didn’t know what this woman in my neighborhood was going through but how could I have known?

This film, with its raw and honest accounts, shows us the boldness of women. It forces us to question the importance of body parts. It shows us the capacity-building attributes of love, family and community. The gospel church scene was especially moving for me.

An Emmy award-winning documentary filmmaker, educator and PBS consultant, Mozen’s personal  motivation for this film is simple, “I wish I could have seen something like it when I was diagnosed, something honest, open and real.”

I see “Life Interrupted” as a gift. One that’s hard to open but soon fills the space you create for it. As a female viewer, it educated me that there is a high likelihood of my becoming a statistic some day. As a neighbor, it reminded me that everyone goes through something crappy in life at one point or another – you might just not know it at the time. And as a healthcare practitioner who works with people experiencing cancer and the effects of cancer treatment, it bridged my understanding of the profoundly important space between the clinical and the human.

Anyone who wants to gain insight into what it’s like to live with the reality of breast cancer, surgical scars and all, should see this film. www.lifeinterruptedfilm.com