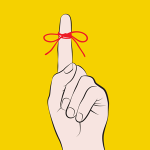 Watching the PBS documentary “Alzheimer’s: Every Minute Counts” brought back lots of memories for me – both of the disease that claimed my father and his unwavering caregiving by my mother.

Promising research worth pursuing
Currently there is no cure for Alzheimer’s Disease (AD) which has been described as a tsunami coming our way in the not too distant future. The emphasis of the PBS special was to designate more research dollars to find a drug that will stop Alzheimer’s in its tracks. And I hope they do – for my sake as someone who may be carrying a gene for the disease and for millions of others who will be affected by this disease.

What the PBS documentary misses is other areas of promising research. Acupuncture has been shown to increase hippocampal conductivity.1 This is important because the hippocampus is an area of the cortex responsible for the formation of new memories. In a brain affected by AD, the hippocampus shrinks.2Studies using fMRI show its possible to study the brain’s response to acupuncture.3 It would be just as prudent to put some research dollars towards mechanistic acupuncture research. The cost and potential negative side effects of acupuncture treatment are minimal as compared to pharmaceuticals and there are many other positive side effects from acupuncture such as improved mood, energy and sense of calmness.

My personal experience with Alzheimer’s Disease

I was a preteen when my father started exhibiting some strange behaviors at work. An air conditioning repairman, he couldn’t accurately record the readings on gauges any more. His boss informed my mother. The following year, my dad was involved in a side swipe vehicle accident. No one was hurt, as I recall, but it was a wake up call that it was no longer safe for my dad to drive.

It was 1984 and my father was 58 years old. What was suspected to be early onset Alzheimer’s Disease proceeded to, slowly but surely, reduce my father to a withering shell of his former self and tax my mother’s and my emotional well beings in the process.

At first, his frequent repeating of questions was merely annoying. Then, I stopped inviting friends to my house because my father’s behaviors were embarrassing. As the years passed, life became sad, stressful and downright scary at times. My dad couldn’t remember people’s identities. He called his wife (my mother) his “Mama.” He thought I was a boy. He started hiding peach pits in couch cushions and urinating in corners as opposed to the toilet. I remember thinking he acted like a zombie. He would get lost in a neighborhood he lived in for 30 years. One time, at 34th Street Station in New York City, he came out a different exit of a public restroom than where my mother was waiting for him. The Port Authority police luckily found him at a busy intersection before nightfall. The reason my mother would take him to The City was because he was part of a dementia-related research study at NYU. She took public transit because she didn’t have a driver’s license but that wasn’t going to stop her. The study called for an autopsy at the time of my father’s death to conclusively determine whether he indeed did have the characteristic plaques of Alzheimer’s.

For ten years, my mother was his caregiver until one weekend when someone suggested she put my father in respite care for the weekend. He never returned home. One nosocomial infection after another made sure my father was dead within a year of the “respite weekend.” I visited my father in ICU on my way home from taking the Biology GREs – how I concentrated on those exams, I have no idea, except that maybe I became numb. I was the one who received the call from the hospital when he died.

I effectively lost the man that was my father at age 13 but we buried his body when I was 23. I missed out on a lot in those years and I remember feeling that compared to the decade of suffering and deterioration, his passing was a distinct relief. And dying, fortunately or unfortunately, was how my father got back his dignity.

Being a caretaker takes a special kind of dedication
No matter the disease or struggle, I believe caregivers are underserved. I witnessed this firsthand with my mother and why I choose to use my skills as acupuncturist to help other caregivers. With my partnership with Eagle Mount Bozeman I hope to, in some small way, provide stress relieving acupuncture support to caregivers.

Remember little acts of kindness can make a difference – how can you help caregiver?